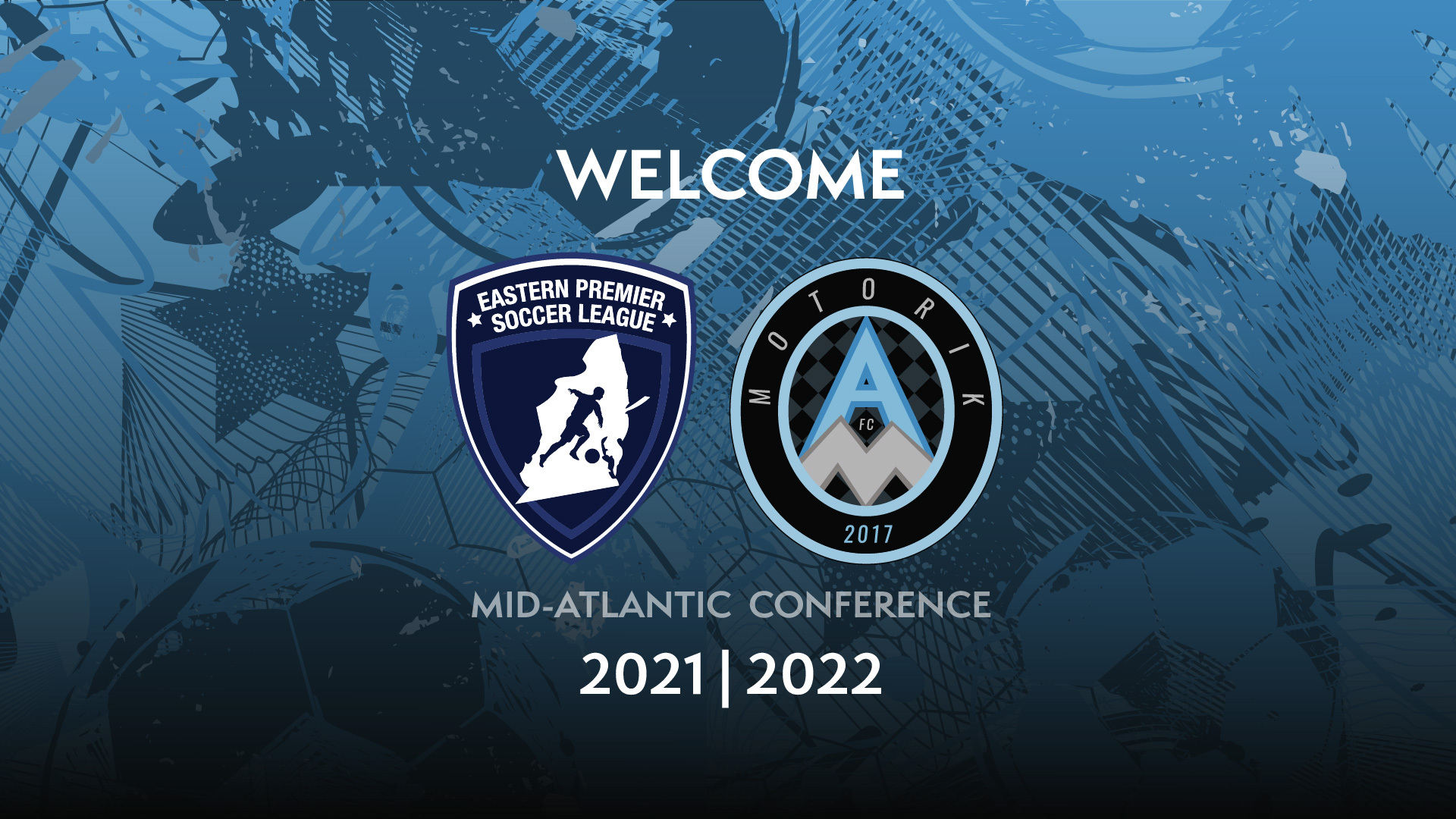 The Eastern Premier Soccer League are thrilled to welcome back Motorik FC Alexandria to the Mid-Atlantic Conference. Motorik, who are actually celebrating their 5th anniversary this year, was founded in 2017 with the guiding principle of access and opportunity for local players who may not have had access to the elite academies or NCAA programs as a result of social-economics or recent immigration. They are very proud that their club has always reflected the cultural diversity that enriches the broader community of Northern Virginia. Off the pitch, Motorik are nationally famous among soccer fans on social media. AS Roma's social media once highlighted them as their "Team of the Day," and they continue to sell vast amount of jerseys across the United States and Europe. This year, they come back as a club rebuilt from the ground up, spending the first half of 2021-22 competing in the APL, and rebuilding their roster.

"Last February, we were on a 9-0-2 run in all competitions, won our first-round Stewart Cup match, and swept our Morton Cup group, but I'd have to say that the rest of 2021 was nothing more than a lost year for Motorik FC. Rather than adjustments, for 2022, we've basically rebooted the club on and off the pitch. This is Motorik FC Alexandria 2.0. Apart from a handful of quality returnees, this is a completely rebuilt roster that happily carries forward no baggage from last year. They only know Motorik as a winning club as we have gone 3-1-1 in friendlies against some quality clubs this winter.

Unlike our EPSL 2021 spring campaign when we were pretty much building the roster throughout the season, and the constant transition disrupted our chemistry, we are entering this spring season with our roster set and with a group of young men who have had months to play with each other and to familiarize themselves with our formation and tactics. I am a total homer, so I obviously believe we will win every match and top the table, but, regardless, I know we will be competitive every week with Coach Osungade leading the men from the sidelines. Like all the other clubs in the league, it will come down to our men maintaining their mental and physical fitness for the full 90 minutes." These were remarks from Tebo himself, who is an all-around soccer enthusiast and a big supporter of the Pro/Rel for USA movement.

They rejoin under the leadership of Head Coach Remy Osungade, a native of Nigeria where he played soccer through his college years. He has also played for various clubs in Maryland. Tebo said "I hope that Coach Osungade will enjoy significant glory with our clubs for years to come. I was very impressed with the vision and principles he laid out upon our initial meeting, and he has developed a good repoire with our young men since he took the helm a couple weeks ago. I anticipate that we will surround him with a very helpful staff of assistants, technical directors, etc. in order to produce the optimal results on the pitch." Motorik have also hired Will Attig as their Director of Sporting Operations. He originally joined as a goalkeeper, but has since assumed a larger role with the club over the winter.

Osungade looks forward to the challenge of competing in the Mid-Atlantic Conference, which has been a tight race, with plenty of parity among the top half of the table this season so far. "The foundation of Motorik FC soccer philosophy is our structured, disciplined and stable environment where commitment, personal values, and principles are the priority. Our methodology develops each players understanding of his/her connection with their team, with and without the ball. This approach helps promote a positive outlook and personal growth so our players can take on responsibility for their own development. While wining is part of the process in our club, nurturing and developing a winning and professional attitude is also very key."

Motorik Alexandria FC will kick off their first match back in several weeks when the Mid-Atlantic conference kicks off the spring leg of the 2021-22 season. Stay tuned for more news about new clubs joining, before a subsequent release of the league schedule.